Zidex is a small format 3D printer with two extruders that can be controlled independently in not only the X-axis but also the Z-axis. If you are wondering what the benefits of such a configuration are, then check out my post on Dual Extrusion. The original creator of Zidex is Stephenci and his dedicated Github repository and Onshape model made it possible to build this unique 3D printer. I made quite a few upgrades and changes to Stephenci’s original design, including adding a heated bed and part cooling fans, so if you want to build the Dr. D-Flo version of Zidex download the files below. 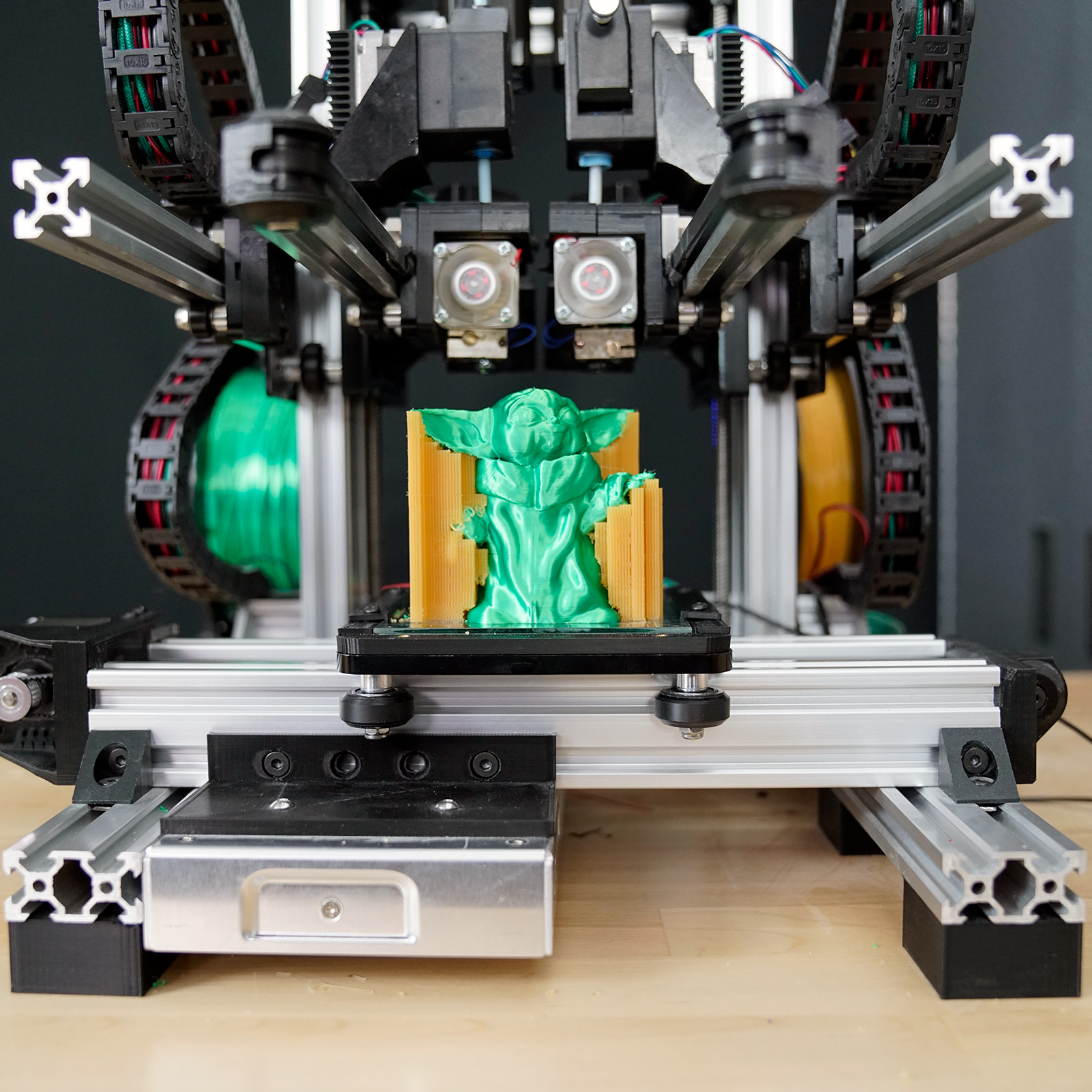 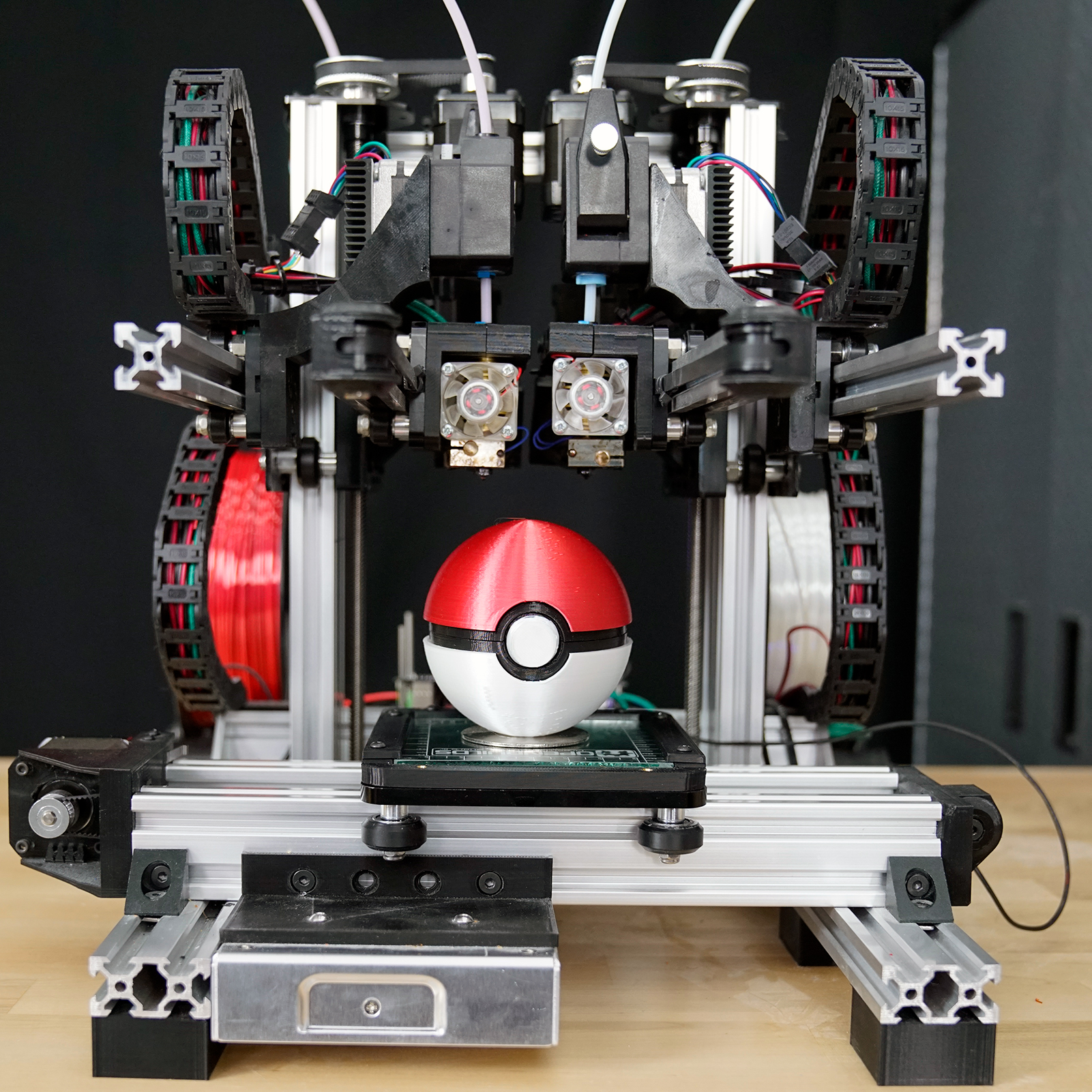 The BOM may contain affiliate links that provide monetary kickbacks to Dr. D-Flo. These funds are used to pay for this website and future projects.


Affiliate links may be present.

Before we get started with the walkthrough I wanted to provide a fair warning that Zidex is a very difficult printer to build and calibrate. If you have never built a 3D printer before, then I would not start with this printer. Even if you are an experienced DIYer, I still recommend building Zidex with a real life friend or a buddy from the Dr. D-Flo forums. Finally, the biggest drawback of Zidex is its small print bed. However, I would not recommend expanding the print envelope of Zidex because as you increase the length of the cantilevered X-axes it becomes exponentially harder to make them square to the print bed. If you want a printer with a bigger print volume, then it is best to go with a different design.

Familiarize yourself with Zidex’s coordinate system. I recommend watching my How to Build a 3D Printer video starting at 42:22 because you will be able to see a majority of Zidex's assembly, which should answer a lot of your questions.

500mm V-Rail aluminum extrusion needs to be cut down to size. Figure 1 showcases the 4 different types of V-Rail that are used in the build and their respective sizes after being cut. Aluminum extrusion can be cut with a hacksaw or bandsaw.

The base is assembled by attaching the 300mm 20x40 V-Rails as depicted in Figure 2:

XL C-Beam Gantry Plate and V-wheels form the carriage that rides on the Y-axis and functions as the print bed.

Step 4:   Attaching Y-Axis to Base

The assembly of the X-axis is tricky to say the least. The timing belt loops behind the 20x20 V-Rail, which gives this linear actuator a very low profile, which is critical for Zidex’s small form factor. There are two separate mechanisms that prevent the belt from rubbing against either edge of the rail when it wraps around. The first is a smooth idler which is concealed within the X-Axis Idler Capture (a 3D printed part). The second mechanism are two stack of 3x8x3mm bearings that are incorporated into the mounting of the stepper motor to the V-Rail. I will try and explain this setup in the enumerated steps below, but make any adjustments you need to make this setup work.

The Z-axis has a unique carriage design, where the 60x20 V-Rail that is used for the Z-axis will run in between two V-Slot Gantry Plates that have V-wheels in between them. Having plates on either side of the Z-axis V-rail will allow for the mounting of not only the X-axis built in Step 5, but also a second 300mm 20x20 V-rail that will be used as the linear rail for the extrusion drive (more about this later). Figure 6 is an exploded view of this Z carriage assembly and should be consulted.

I am still working to complete this walkthrough. Life has been busy!

Do you need more help? The best way to get your questions answered by Dr. D-Flo and other DIYers is to post a question on the forum. Click here for the forum topic specific to this project.

Rate this Project: or


Did you encounter broken links or misinformation while reading this article? Please bring these issues to our attention by providing your feedback below.